How many people in Malta smoke weed and how many support legalisation?

Not that many as it turns out.

According to the result of a phone survey carried out earlier this year, 9.3% of respondents confessed to having toked up at least once in their lifetime.

Unsurprisingly, those aged between 18 and 35 were most likely to have tried cannabis, with 17.5% saying this was the case.

Cannabis use appears to be correlated with a lack of democratic engagement, or a strong dislike of BS, depending how you want to look at it. With 14.7% of those who didn’t vote in the last election admitting to cannabis use, compared to 10.8% of PN voters and 9.1% of Labourites.

Gozo reported the lowest rate of cannabis use at 4.6%, compared with 14.2% in the Northern region, consisting of Gharghur, Mellieha, Mgarr, Mosta, Naxxar and St Paul’s Bay.

Roughly a quarter (23.6%) of the population said it agreed with the legalisation of cannabis for recreational purposes. 66.6% said they were against, while 9.8% said they didn’t know.

Despite Nationalists saying they knew more smokers; they were less likely to say they were in favour of legalisation. 14.5% of PN voters agreed to Labour voters’ 27.1%.

The region with the lowest rate of support for legalisation was the Northern Harbour region, the same region where most people reported having used cannabis at least once in their life.

Against the legalisation of cannabis, tell us why by following the link below… 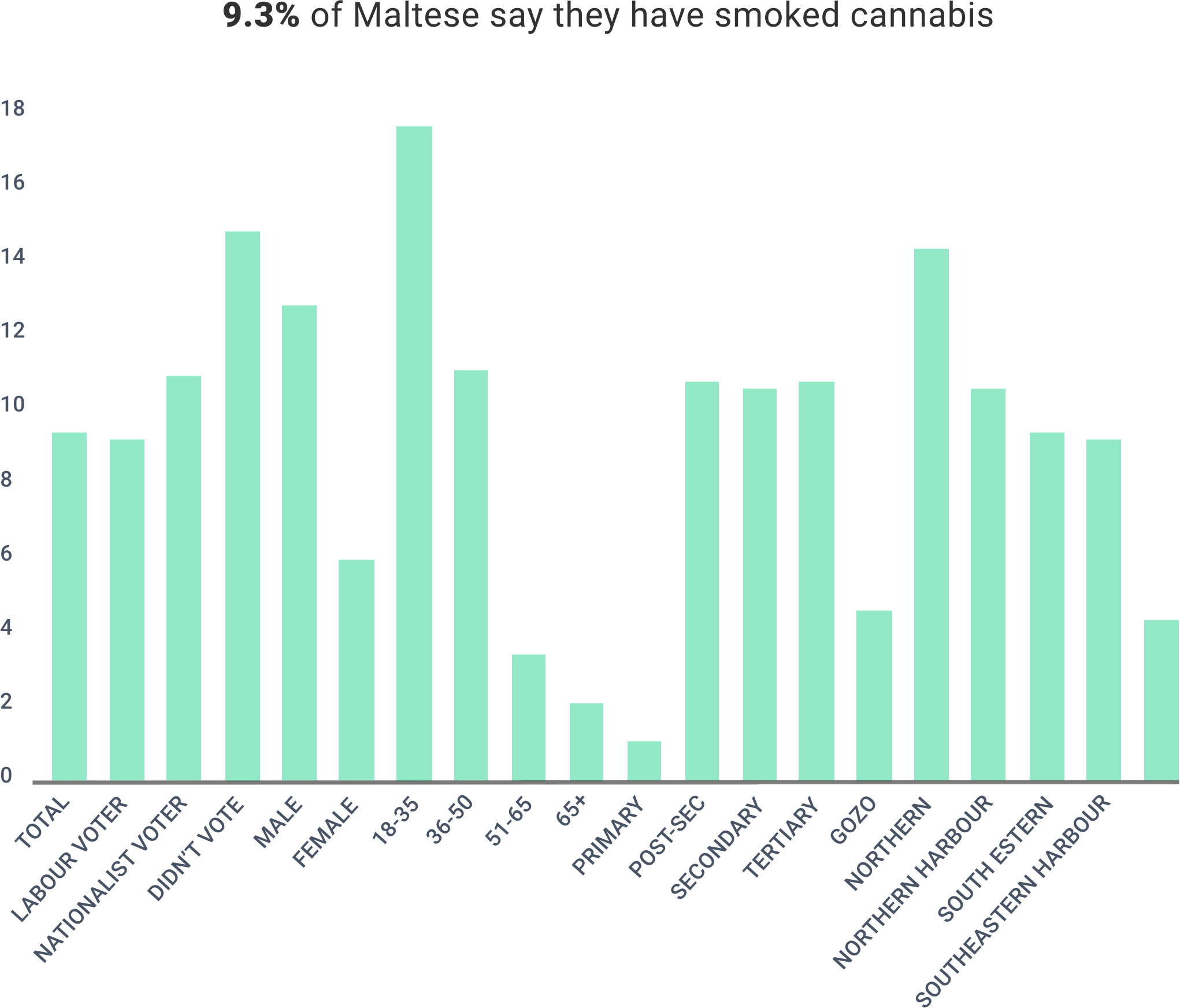 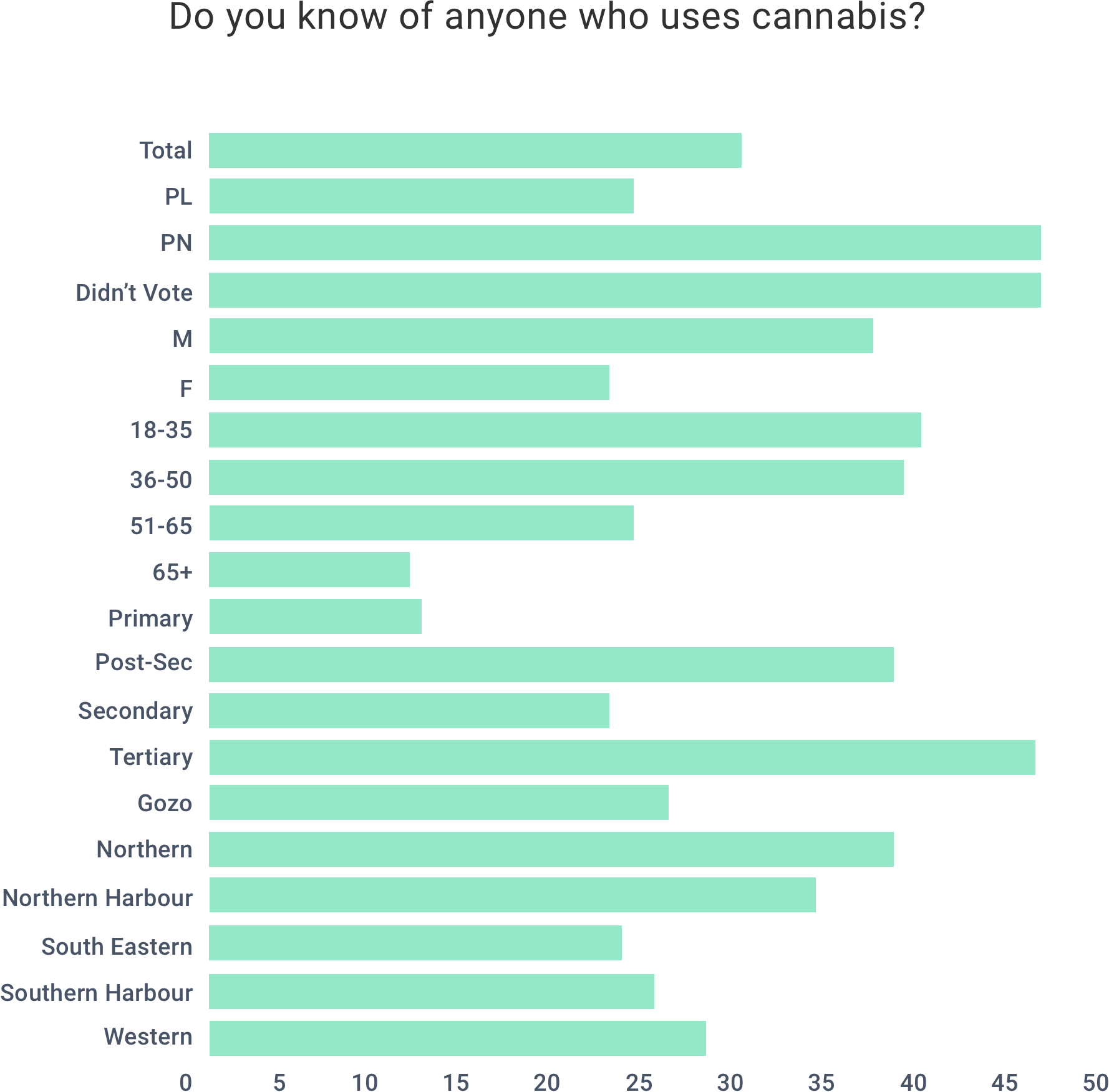 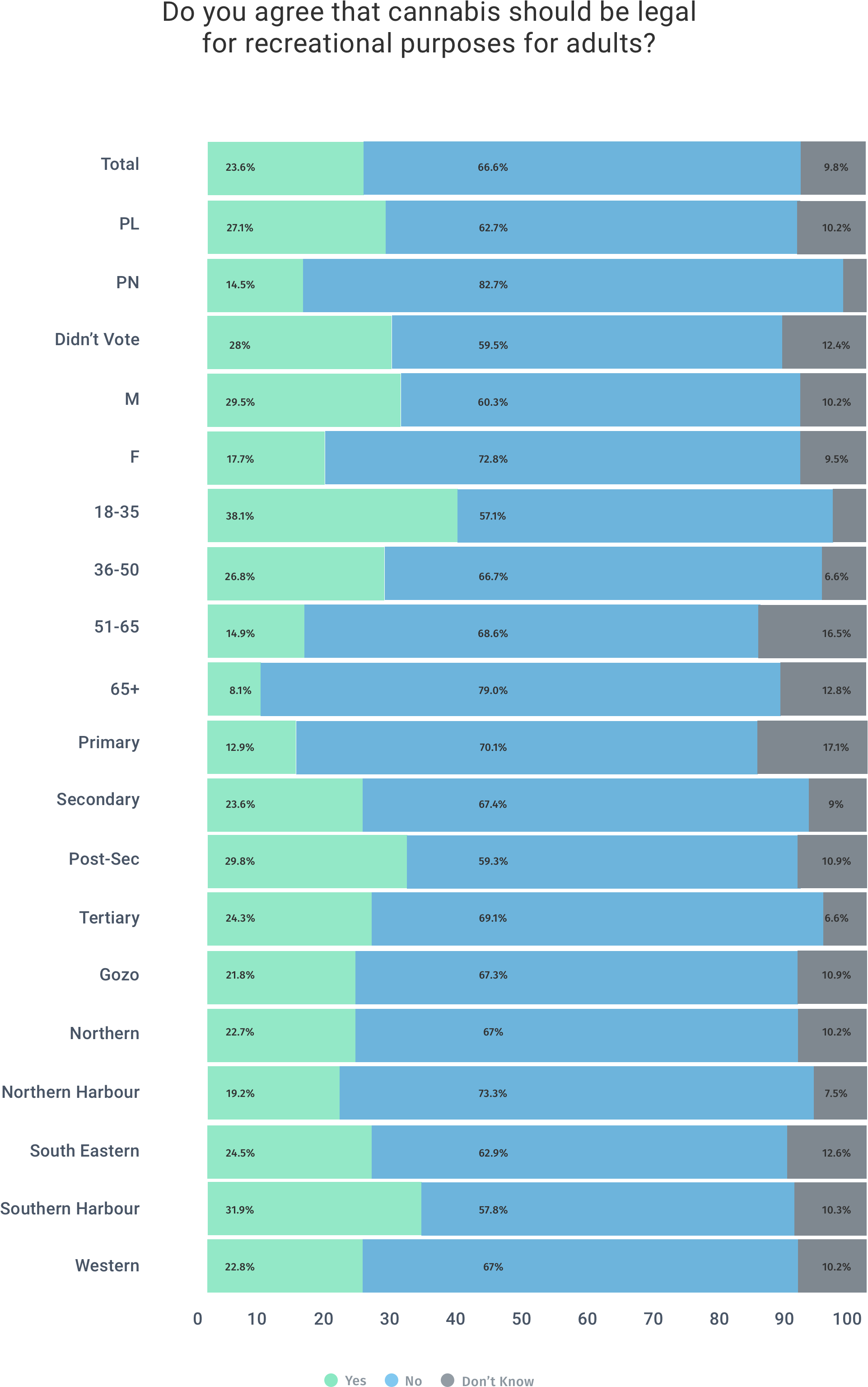 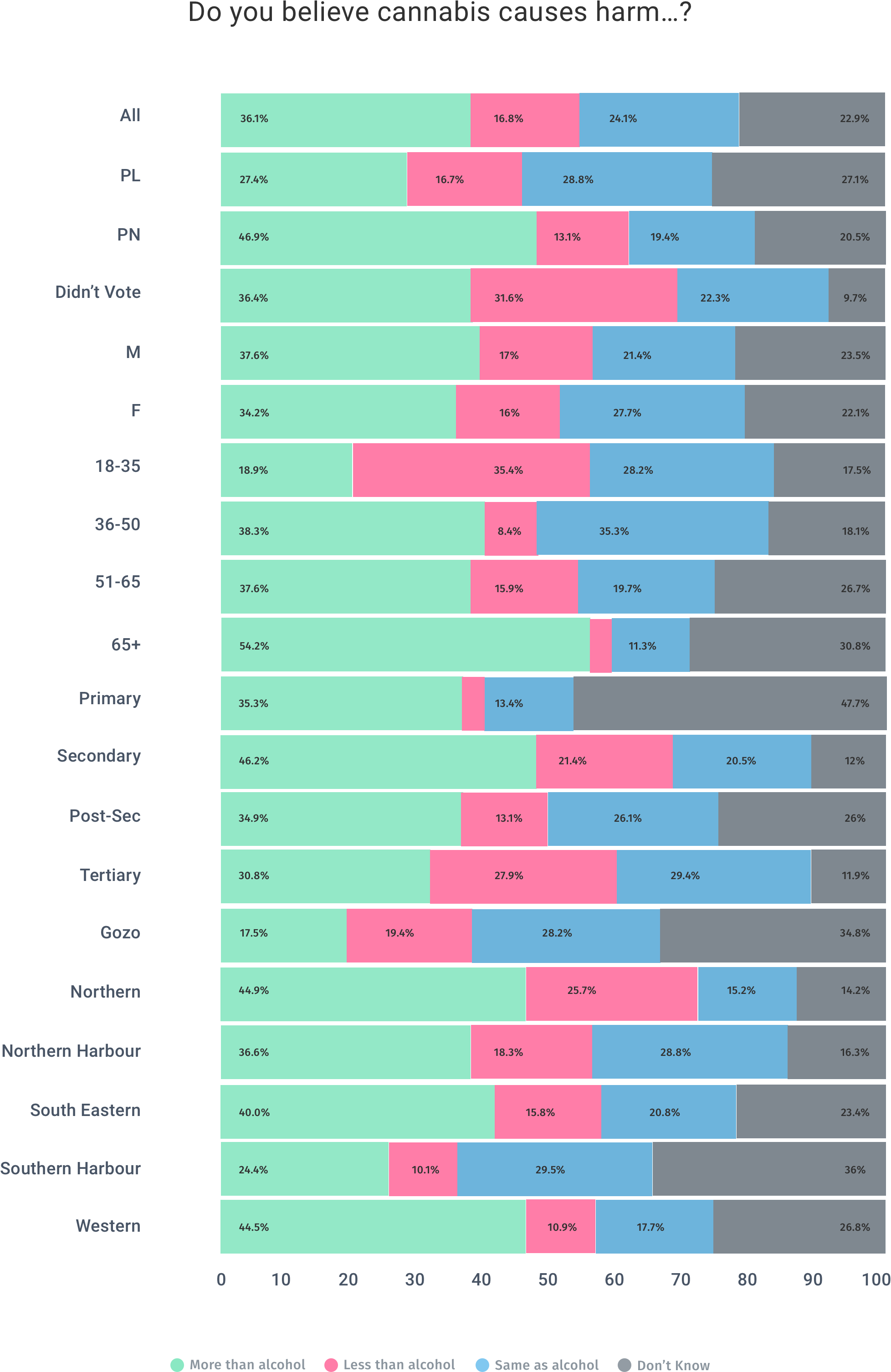