Adrian Delia has been in charge of the Nationalist Party for a rocky two years, and while him having retained control of the party is in itself somewhat of a feat, that’s as far as it seemingly goes.

A survey conducted in September 2019 shows the man who promised to take the party in a new direction jogging on the spot.

Fewer than 1 in 5 of those who took part in the survey said they trusted Delia to run the country. Just over half, 54.1%, said they had faith in Prime Minister Joseph Muscat – a trust gap over more than 37 percentage points.

The reason Delia has plummeted so far in the polls is that he has been abandoned by a large chunk of Nationalist voters. Of those who said they had voted for the PN in the 2017 general election, only 41.2% said they had faith in Adrian Delia. A whopping 42.2% said they trusted neither Delia nor Muscat.

To put this into perspective, an identical survey run just under two years into Simon Busuttil’s leadership of the party, found that the then PN leader has popular among 26.6% of the population. Muscat was supported by 41.5% back then – a 15-point difference. 71.5% of Nationalists trusted Busuttil two years into his leadership.

While Muscat is trusted equally by men and women, Delia fares significantly better with women who, at 20.5%, trust the PN leader more than men, of whom 12.0% said they trusted him.

Broken down by age, Delia’s popularity shrinks as voters get younger. While 26.1% of those aged 65 or older said they trusted Delia, just 7.7% of those under 35 said the same.

Are you a young male disenfranchised Nationalist voter? Tell us what you don’t like about Adrian Delia below… 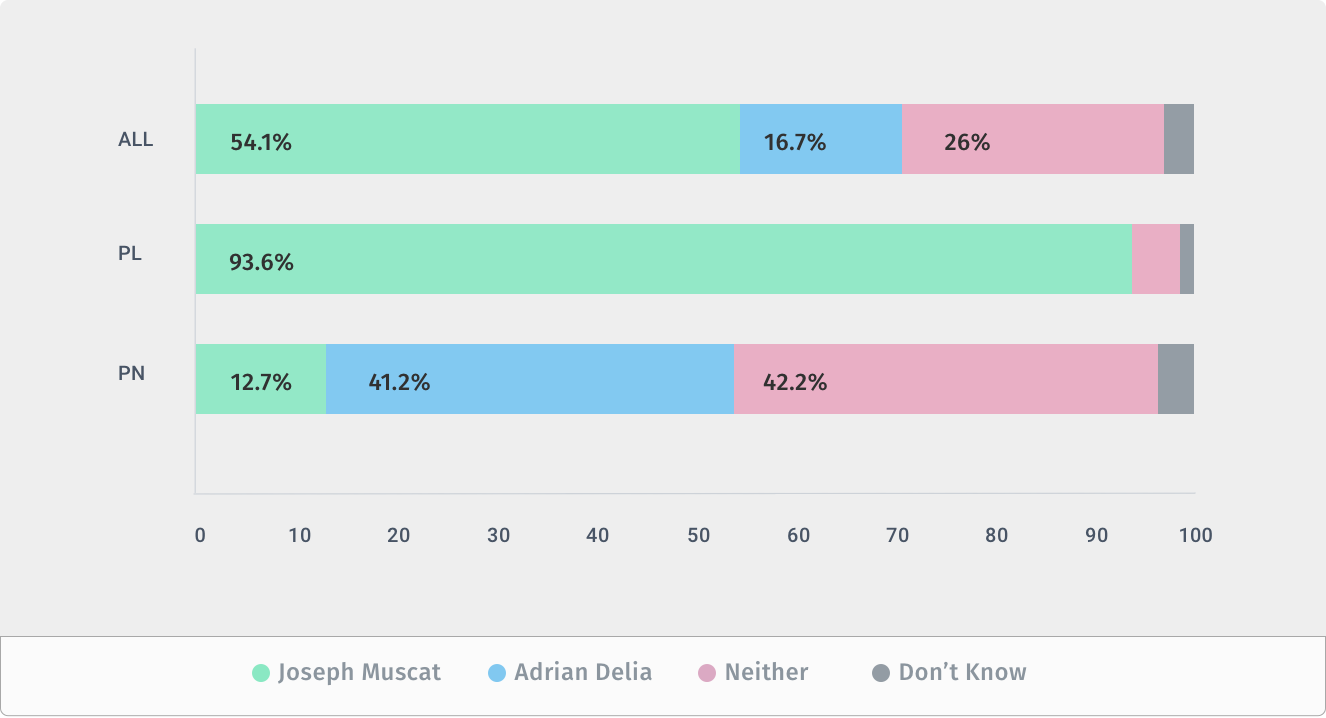